Niek has been a lawyer since 1995. He started out at the Rozemond law firm in Amsterdam, where he chose to specialise in European procurement law and civil construction law. In 2008, Niek joined the Geelkerken & Linskens law firm in Leiden. This firm merged with La Gro in 2019 to form the La Gro Geelkerken law firm. While Niek’s preferred option is to go for an amicable solution, he never shies away from a fight. Niek enjoys cooking, running, playing the piano, and going to the cinema, museums, operas, or plays whenever he can. On top of all of that, Niek is a running coach at Leiden Road Runners and at Hollen met Han. As a member of the PR committee of the 3 October Association, he is actively involved in the annual commemoration of the Siege of Leiden.

Background and other work 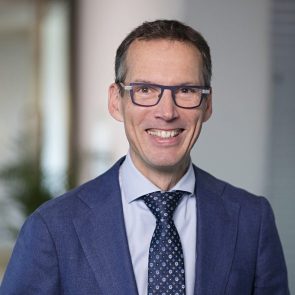 Why do it the hard way when there’s an easy way?
Niek Hoogwout
Lawyer, Partner
Call Niek Hoogwout